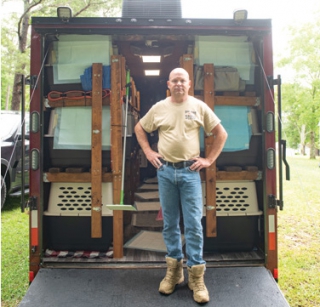 Bill Richardson has had a dog for as long as he can remember. Now the retired Memphis firefighter has hundreds of dogs — at least temporarily.

“I had been a finder/fixer/foster to adoption for 25 years,” Richardson says. “It’s a supply-and-demand issue. Down South, just about everybody who wants a dog already has three or four. Because of the extremely lax laws, we have a tremendous overpopulation of dogs and cats. Up in New England, their laws are so strict that they don’t have any dogs unless you want to spend $5,000-$6,000 with a breeder. They can adopt a dog from down here from $500-$750 — and that includes the transportation to get it up there.”

In Richardson’s work as a firefighter, the overpopulation of pets was impossible to ignore. During his last six months on the job, he pulled 26 dogs off the streets — all from within just a 1-mile radius of the fire station.

“There are literally roving packs of dogs running through areas of Memphis,” he says. “That’s not good for the community. They start getting wild again when they have to start hunting for their own food.”

A mission in motion

Richardson, 57, retired three years ago after a 23-year career, and bought a transport trailer that he retrofitted for dogs. He added extra insulation and it’s been incredibly effective — the hottest the trailer got last summer was 68 degrees. Controlling the temperature is important because dogs put out a tremendous amount of heat, he says. He’s already designing a larger trailer in anticipation of expanding.

While some rescue transporters cut corners to maximize profits, Richardson, a stickler for safety regulations, is proud of his record.

“We’ve never lost a dog in transit, either from it escaping or from an illness,” he says.

“I only have 38 kennels, but will double up in an appropriate-sized kennel,” he says. “Some carriers will take a trailer of my size and put 125 dogs in there. They’ve got them stacked on top of each other. They’re doing it for the money. I refuse to do that.”

Richardson makes the run from the Mississippi Gulf Coast to the Northeast every two weeks. He leaves Banks on Wednesday afternoon and drives to Moss Point, Mississippi. He spends the night there and local rescue groups meet him on Thursday morning with dogs who need a ride. He then goes on to additional pickups in Meridian, Birmingham, Cullman and Tuscumbia before ending the day outside of Memphis.

A crew helps feed, walk and clean the dogs there and the trip continues the next morning. The deliveries to adoptive families begin in middle Virginia and continue through West Virginia, Maryland, Pennsylvania, New Jersey, New York and Connecticut.

Richardson is a road warrior. His red transport trailer has been running for a year and a half. His year-old truck has 160,000 miles on it, all while gas prices are setting record highs almost daily. It’s a tough business, but it’s less a business than it is a calling.

“It’s not unusual to pull into Plainfield, Connecticut, and there will be 25 to 30 families waiting,” Richardson says. “Children are holding up posters that they’ve made with their crayons with their dog’s name on it. Stuff like that, no amount of money can buy that.” 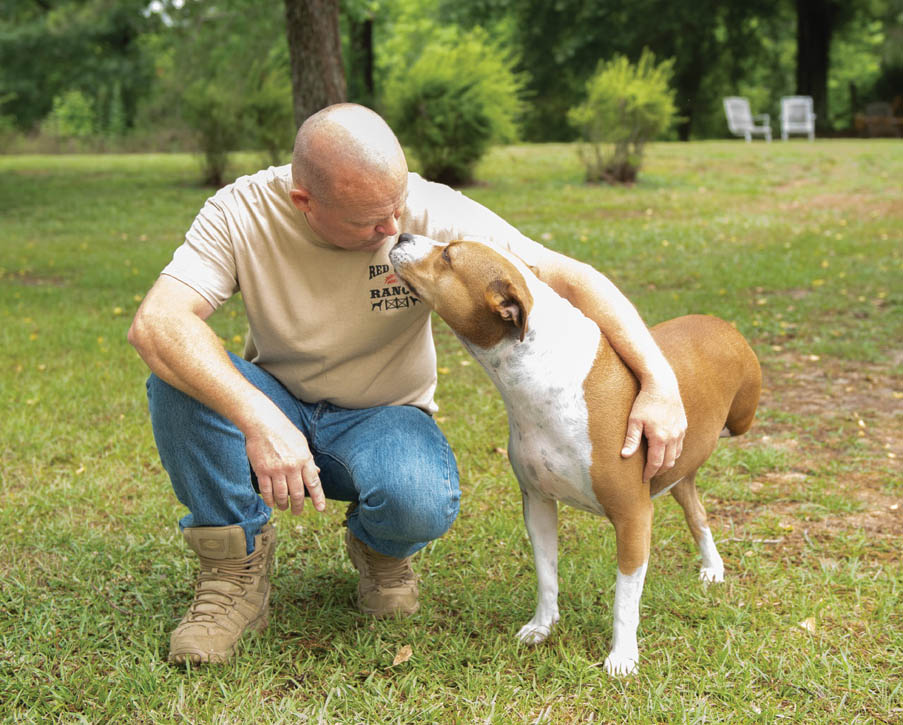 Bill Richardson pets one of his dogs, Georgia.

Richardson delivered 860 dogs to families last year and will transport even more this year. But he wasn’t always so busy.

“I made some trips with as few as four dogs,” Richardson says. “My dad was like, ‘Bill, you’re going to lose money on that trip.’ I said, ‘No doubt about it. But I made a commitment and I’m not going back on my word.’”

To Richardson, his trips are about  so much more than just driving dogs across the country.

“We’re transporting unconditional love, loyalty, companionship — everything that my dogs have provided me over the course of my lifetime that is missing in these people’s lives,” he says. “That is what we transport. It comes in the shape of a dog.”