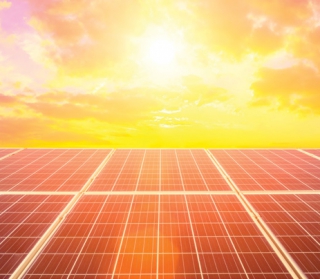 As an electric distributor, part of South Alabama Electric Cooperative’s job is to make sure our members don’t have to worry about where their power originates. As long as members do their best to pay their bills on time and report the occasional outage, they can count on reliable electric service to their home or business.

When it comes to bringing that power to our system, SAEC is not unlike our members. Just as our members join the cooperative to share the cost of service, SAEC and more than a dozen other electric utilities are members of PowerSouth Energy Cooperative. As members, we purchase wholesale energy from PowerSouth, and that energy is transmitted to our system so we can distribute it to you.

Today, PowerSouth’s energy mix consists of natural gas, 77.2%; coal, 18.9%; hydroelectricity, 3.6%; and other renewables, 0.3%. But with technological advancements, environmental regulations and a new administration in Washington, D.C., change is likely on the horizon. So, PowerSouth is taking steps today to ensure a safe, reliable and affordable energy supply for the future.

One of the biggest changes for our power mix in recent years has undoubtedly been the closure of the Charles R. Lowman Power Plant in Leroy. The first Lowman unit came online in 1969, and the coal plant was a crucial part of this region’s generation resources for more than 50 years.

After a proposed fine for the plant’s disposal of coal ash in 2018, PowerSouth announced that Lowman would close permanently in October 2020. In its place, a new combined-cycle natural gas facility dubbed the Lowman Energy Center will begin generating power by 2023. Once online, it will be able to power more than 300,000 homes annually, adding to the output of natural gas facilities in Gantt and McIntosh, Alabama.

Combined-cycle units use excess heat from powering a natural gas turbine to boil water for a steam unit, capturing energy that otherwise would be wasted. As a result, the Lowman Energy Center will have a significant impact on the overall efficiency of PowerSouth’s generated power.

With the coal plant’s closure, sulfur dioxide emissions have been eliminated and nitrous oxide emissions, which reached their maximum in 2009 at nearly 14,000 tons, will be reduced to less than 2,000 tons a year. At the same time, carbon dioxide emissions will level off at their lowest point in the last 20 years. The new plant will also help conserve water, bringing the average daily usage down from 40 million gallons in 2020 to just 5 million.

In addition, natural gas prices are projected to remain stable, making a combined-cycle plant like the Lowman Energy Center a great option for viable, reliable and cost-effective generation for the cooperative well into the future.

“Construction of the new Lowman Energy Center is now underway,” Richards says. "When complete, the state-of-the-art natural gas combined-cycle power plant will be among the most technologically advanced, efficient and environmentally sound generating plants in the country.”

As reliance on coal decreases, PowerSouth sees nuclear and solar energy playing a larger role in generating power without air pollutants or greenhouse gas emissions. Starting in November of this year, PowerSouth will begin purchasing nuclear power from the Municipal Electric Authority of Georgia.

“Adding nuclear energy to our power supply mix will underscore our ability to supply uninterrupted power to our members at an affordable cost,” Richards says. “Nuclear is a safe and reliable ‘always-on’ power source that promotes diversity in PowerSouth’s energy portfolio heading into the future.”

This energy will be generated from the Vogtle Nuclear Power Plant’s two new units. While PowerSouth will not own the plant itself, it will be able to purchase a portion of the energy its units produce, the first of which will be operational late this year.

Additionally, as consumer interest in renew-able energy has increased, PowerSouth has kept a close eye on the costs of providing a utility-scale solar option to its distribution members. Next year, PowerSouth plans to launch a solar project in partnership with those members.

The project will add up to 80 megawatts of solar-generated energy to PowerSouth’s energy mix. While solar energy is not currently a solution for large-scale generation, the new project will provide enough electricity to power a portion of the needs for more than 13,200 homes.

“While the energy landscape is shifting, our commitment to delivering reliable and affordable power remains unchanged,” Richards says. “The decisions we make now will affect future generations, so we strive to make choices that will ensure we can provide reliable, affordable electricity for years to come.”