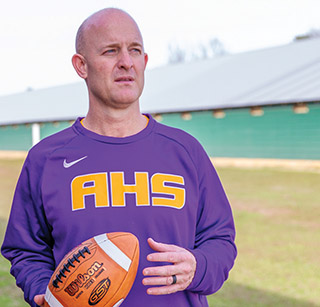 In 2013, Steven Kilcrease had a decision to make. After 18 years of teaching and coaching at high schools across the state, he and his family found themselves ready to return home to South Alabama. But, there was a problem. No teaching positions were open.

“I was trying to figure out how to get them back home,” Kilcrease says. “I prayed about it. I asked, ‘Please open some doors for me, whether it’s in sales or something farm-related.’”

As it turned out, farming was the answer. He had always loved the outdoors and visiting his grandparents’ farm during the summer as a kid. So Kilcrease asked his brother, who worked in the poultry business, for some advice. Then, he bought four chicken houses from a local farmer entering the seminary.

“It was just meant to be. So I got out of coaching and teaching and started full time in the poultry business,” Kilcrease says.

While the start of his new career may have been serendipitous, learning his new business was anything but. He was constantly on the phone with his brother to ask questions. “I didn’t know anything. I was afraid to even leave the chicken houses to go home at times,” he says. “There were nights I was there in my truck, scared to death, because I didn’t want anything to happen to those chickens overnight.”

Back in the game

Soon after jumping into the poultry business, Kilcrease purchased another four chicken houses, and he has even added some cows to the mix. While his kids prefer the cows, 10-year-old Tate and 13-year-old Anna still help out with the chickens. So does Kilcrease’s wife, Ashley. 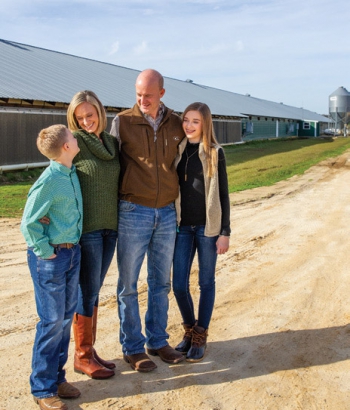 But the itch to coach never fully went away, and after a few years the need to be around other people pulled Kilcrease back onto the sideline.

“The biggest change was going from being around people my whole life, whether I was teaching or coaching, and then — boom! — you’re by yourself every day on the farm,” he says. “I always hoped to get back into coaching, and I just needed to be around people.”

It was an easy enough transition once Kilcrease had his feet under him in the poultry business. After all, while he may have been a newcomer to farming, he had years of experience as a teacher and coach. He’d coached both football and girls basketball at Pike Liberal Arts School, leading the football team to two state titles and the Lady Patriots to one. He also coached boys basketball and was an assistant football coach at Lee-Scott Academy.

So when the opportunity came in 2016 to become Ariton School’s head football coach, Kilcrease took it. He and his family were happy to return to the area they call home and were quickly welcomed into the Ariton community.

“It’s a special place,” he says. “We’re a small school, but I have been blessed to have the opportunity to be around some great kids and work with some great administrators and assistant coaches.”

Kilcrease found out just how strong his new community was when he was diagnosed with stage III non-Hodgkin lymphoma in the lead-up to his first season in charge. The Friday after his first chemotherapy treatment in September 2016, he wasn’t feeling up to attending a planned pep rally at the school gym. But after some gentle nudging from his wife, he got dressed and accepted a ride to the school.

“I walked in and everyone had these lime green shirts that said ‘Praying for Coach K,’” he says. “I knew no one at that point, but that’s the kind of place Ariton is. It’s a great school and a great community with very supportive people.”

Kilcrease was officially declared in remission in February 2017, with his final follow-up scan coming back clear in January of last year. While his farm still comes first, Kilcrease is once again at home on the sideline and has even picked up a couple of classes. Having led the Purple Cats to the third round of the football playoffs two years in a row, he is excited about their prospects for his fifth season in charge.

“It’s a small school. We don’t have the luxury of having 120 kids out here every year, but we have hard-working kids,” he says. “It’s sort of a puzzle getting players in the right position and seeing them grow with confidence. That’s the fun part.”

Just as important is helping those kids grow into the best versions of themselves. It was a promise Kilcrease made to Josh Herring, Ariton’s principal and former football coach, when he took the job, and it’s something he still takes pride in today.

“I just enjoy being around these kids, and I hope I can make a difference in their lives like they are in mine,” Kilcrease says. “Hopefully we’re helping these guys and girls to become better men and women, better spouses and better parents in the future, because that’s really what it’s all about.”

And the more he learns about the chicken business, the more Kilcrease is convinced that there are lessons his team can learn from the hard work it takes to run a farm.

“I think it all relates,” he says. “You have ups and downs on the field, you have good flocks and bad flocks on the farm. Life won’t be easy all the time, and that’s what we preach to our kids. You’ve just got to keep fighting and plugging away and doing things the right way. That’s all I know to do.” 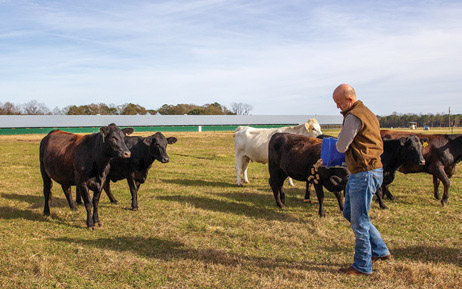 Kilcrease owns eight chicken houses and also has cows on his farm in Brundidge.